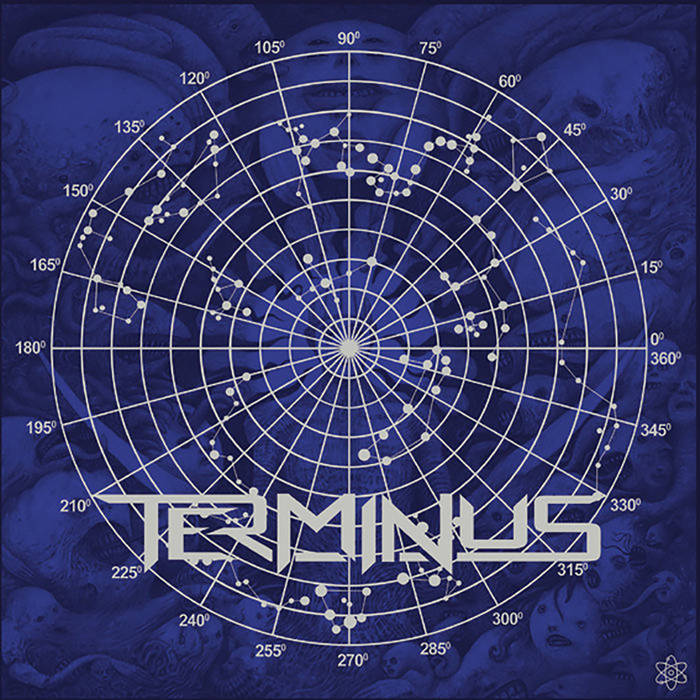 Terminus were formed in early 2012 to revel in a style of Heavy Metal rarely glimpsed in the Irish underground. Taking their lead from Iron Maiden, King Diamond, Savage Grace, Slough Feg and Exciter they exist solely to play real Heavy Metal without pose or fuss in a scene where its presence has been sorely missed.

"The Reaper's Spiral" marks the culmination of three years hard labour for Northern Ireland's Terminus. Across nine tracks of skull-splitting Heavy Metal mania, Terminus demonstrate their intent to walk a different path from the legion of retro revival bands baying at the door.
Showing the same character in performance and distinctive voice in songwriting previously seen on their "Into Exile" demo (February 2013) and split 7" with Portugese heavyweights Ravensire (August 2013) they continue to explore the Sci-fi lyrical themes first touched upon in these highly praised underground releases whilst showing a marked improvement in the power and delivery on display.
Terminus' debut full length features four brand new hymns as well as vastly improved re-recordings of the material featured on their previous releases, manifesting the definitive versions of these songs. They are in love with Heavy Metal's past - but not in thrall to it.
And while remaining pure in their approach to Heavy Metal, the band is a striking contrast to the would-be-heroic and carefree nature of much of the current retro wave, instead displaying a much darker sound and songs that are filled with a certain melancholy. For in the world of Terminus there are no heroes to be found, only conflicted souls, cowards, losers and machiavellian characters.
Terminus invite, nay beseech you, to descend "The Reaper's Spiral".

The album’s cover artwork was painted by renowned artist Paul McCarroll who provided one of his rare exclusive pieces made especially for the concept of this album.

The first limited edition pressing of the LP is issued with an additional custom made, silk screened PVC outer sleeve which will not be included with subsequent pressings of the album!