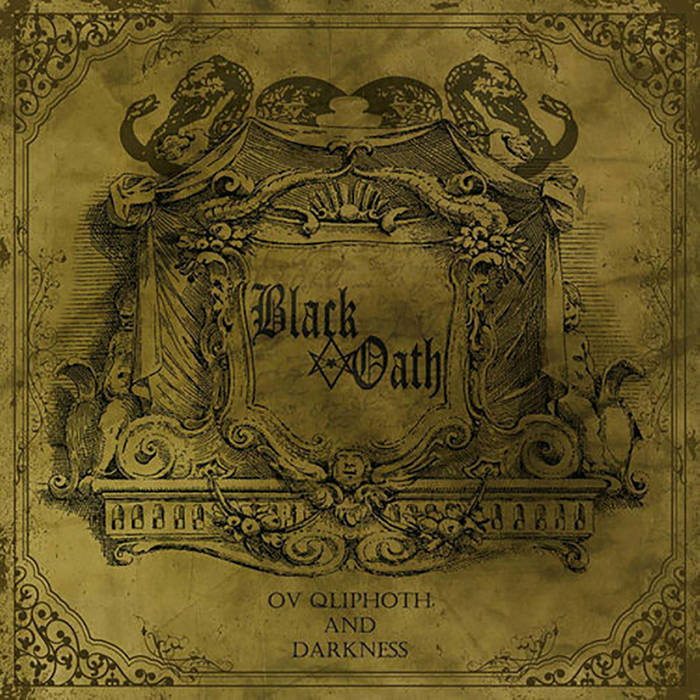 The return of Cursed Rock Music!
After the 2011 debut album “The Third Aeon”, the appropriately entitled “Ov Qliphoth And Darkness” sees Black Oath taking a giant step forward in both song writing and production. While this new opus shows a broadened variety in terms of song writing, there is always an esoteric red thread of yearning melancholy and a flair for the macabre which bind together every magick part of the album as unique vocalist A.th weaves his tales of God, The Devil and Death itself. Wrapped up in a powerful and organic production, the 8 original compositions are all sure to leave a black mark on your cursed soul.
And do not let the term Cursed Rock Music fool you, because, while it is just that, you will not at any moment be able to ignore the constant presence of a doomed sound of the dark and the melancholic.
The sophomore album is a black jewel in which Darkness itself shines through every part of the album!
The vinyl version contains a vinyl-only bonus track, a highly personal interpretation of Acheron’s “Ave Satanas” which in no way seems out of place and which alone should be enough to underline the diverse influences and composing skills of Black Oath.
Side D is silk screened with the BO logo!