by Hands Of Orlac 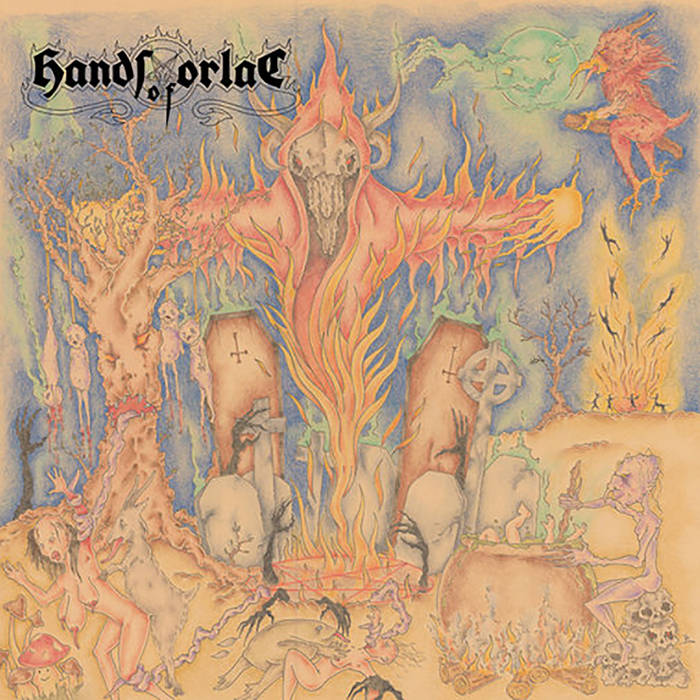 Hands of Orlac was formed in late 2009, shaped by the visions of The Sorceress and The Templar who both felt the need to
create a horror themed band, influenced by Heavy Metal and the occult rock of the 70s. The band name was appropriately
taken from the horror novel and movies of the same name.
After writing the first material, two other members were recruited to form a proper playing band, and in the spring of 2010 the 4-track "Vengeance from the Grave" demo was recorded and released.
This demo came to the attention of Horror Records who saw great potential in the band's material and offered them therelease of an album. Meanwhile a change of line-up became necessary and the drummer was replaced along with the addition of a second guitarist.
Recorded at Studio Misantropen in Sweden, only a year after the demo, the album shows an enormous musical development. Still as gloomy and doomy as on the demo, Hands Of Orlac present an album which is not only very well produced with a clear and heavy sound, honest and free from would-be retro attempts, but creates an epic atmosphere loaded with gothic horror and darkness, helped by the lyrics which, while having an overall horror movie quality to them, also at times reveal a deeper philosophical meaning to those who can see clearly in the dark...